Update: To all the kind words we have received over the years and since this post thank you. The AoK intake setup is on its way to Gary Street for those of you wondering if its still for

sale or who got it.  Oh and yes, it was spoken for pretty much within an hour of it being listed with a few backup homes looking to Adopt the Piece of History!

So you missed out on our last (and most likely final) run of AoK intakes and are kicking yourself.

Unlike other times over the last 30 years, we stopped taking names for a waiting list as George Asche Jr is now 90 years old, and while he is still unbelievable active, he is moving more to small projects, 1 and a time. While I (Tim Kingsbury) could continue on, I think after 30 years of giving back to the hobby and not making a dime on intakes, its time for me

to concentrate on my own projects, as life is too often shorter than we expect.

Of course the AoK intake was designed and created  so it can be used for inboard or outboard linkage as well as a mounting spot for the pivot points on trucks or preww2 cars..

It is the only  multi carb intake ever made for a 23  1/2' motor ever made to easily accommodate both.

George rebuilt him to Siamese twin Carter Ball and Ball Carbs, created the linkage for a post WW2 car, then setup and aligned everything so its ready to mount on a car. The customer wanted a "back woods" look and asked if George could put something special like a copper space or something for his project. If you look close at the 1st two pictures, George did make a subtle piece of copper to try and give him that look.

The project was finished and sent back to the customer.  Sadly, shortly after getting back the intake he fell ill and has since passed away.  His widow called me, .let me know the Plymouth has been sold to someone in Europe but they didn't want any of the spare parts and she wondered if we would consider buying back the intake, carbs and linkage.  I am not going to go to deep into the families challenges, except to say she needed to try and gather up as much cash as she could not that her husband had passed and the realization that his life insurance  was not going to keep them in the house they have and the life style they once had.

Without hesitation I asked her what  he had in the project.   He has supplied the carbs for George to rebuild, which were super nice to start with, just had been on a shelf for a long time.     She had receipts and what he had in the intake, carbs, linkage as seen in pictures 1 and 2 is $1600.  That is what I paid for it, plus shipping to me and that is what I will sell it for.

The last picture shows  what the intake is like with headers made from a stock exhaust by George Asche Jr.   They don't come with the intake, nor did he has a pair. But if you wanted a set made we can get you a set made for $195 plus shipping, using your supplied exhaust.  You can also use Fenton reproduction headers, or whatever you like.

So the 1st one to reach out, with $1650.00 usd  will own the intake, carbs and linkage all set up ready to mount on a 23 1/2' flathead mopar that has linkage coming across the head.

Shipping inside Canada or the USA will be $50 usd for Postal Ground service.  If you prefer to use your carrier or express shipping, that is no problem and will be done at cost.

Reach out to me at Fargopickupking@yahoo.com  if you want it..     Remember, there is only 1 of these, so when its gone its gone!

ps: If you want to know more about the intake and its development, you can find lots of articles on this blog.  Here is a good one to start with 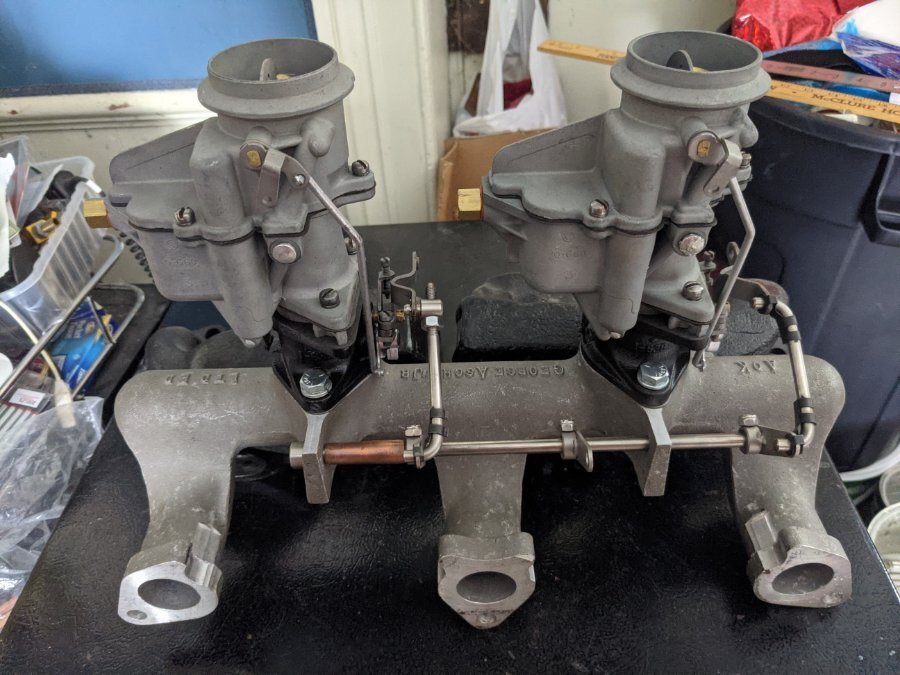 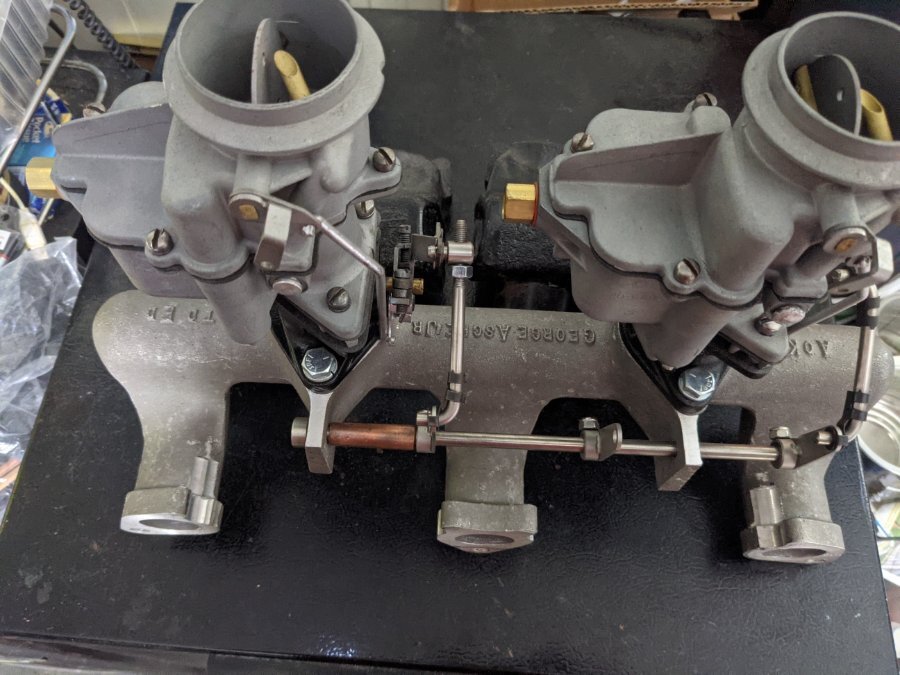 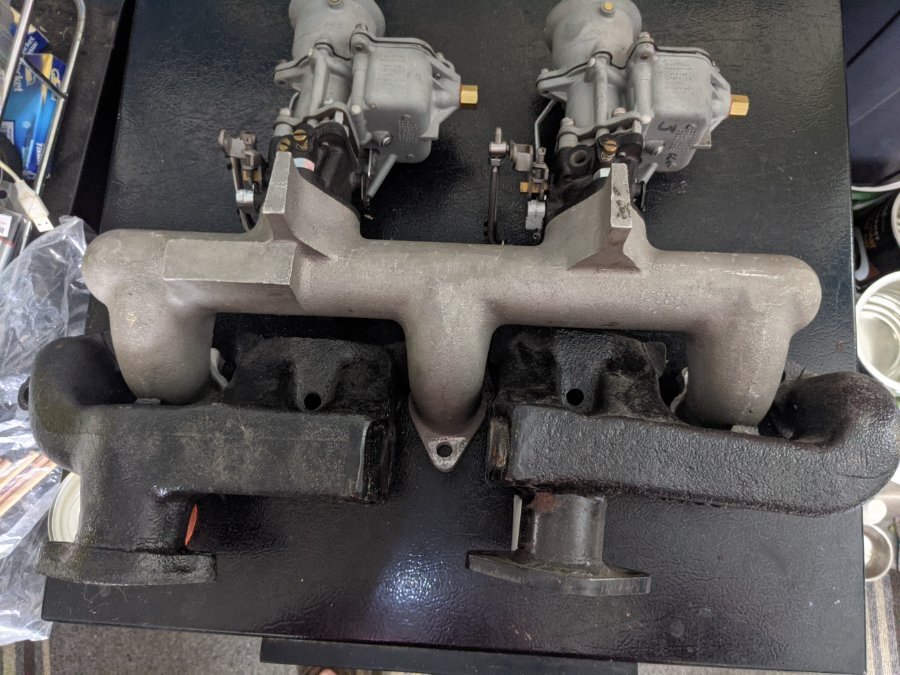 Edited Tuesday at 01:24 PM by timkingsbury

There are no comments to display.