54 door replacement saga! Any advice for me? 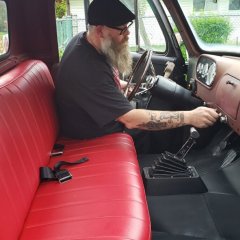