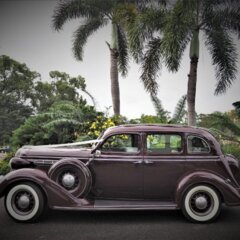 OK so everyone what to convert to 12v and Pentronics ignition.  So I have a 1939 Desoto that stillhas the original dizzy - Autolite with the points and condenser and rotor.   Last week we dr

I may stand corrected, but dwell is used for points ,not electronic ignition. It measures the amount of degrees the points are closed. You may want to check your air gap on the pertronics.

I think y'all are dwelling on this too long.. 😏 🙂  I couldn't help myself.