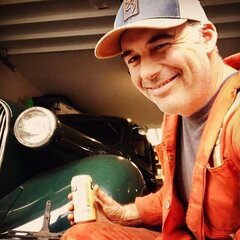 I made good progress today inspecting engine wear. Main and rod bearings all show .00175" to 0.002" bearing clearance.  I confirmed that I have some valve sealing issues. The mess I found inside the b

Sometimes it’s best to let sleeping dogs lie. However, you have woken the dog and looks like some work ahead.    Many years ago and lots of miles ago, I had a miss in my ‘53 Plymouth engine. It

Pull the pistons...check out those rings. I think it sat for a long time in a damp environment. Upper rings aren't sealing/working very well at all.