Lets see pic of your trucks

Loving my Truck. Just need to try and get a bit more speed out of her. Getting about 40 mph. 360 Flathead 4 speed. Don't believe you can buy ring and pinions for these anymore can ya. Maybe a 5 speed 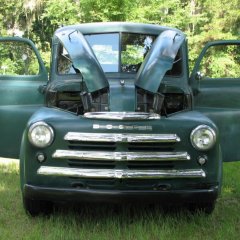