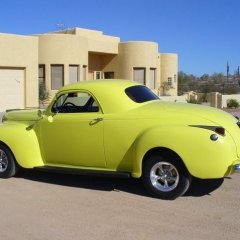 Replacing Breather Down Tube with a PCV Valve Setup