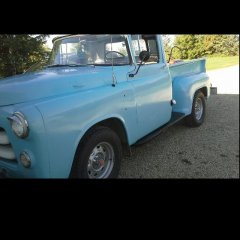 The Venerable Slant 6 vs Our Beloved Flathead 6s