Why Did You Get The Car(s) You Have?

I can't recall if I have ever accessed this topic in the past, it has been around for quite some time. I have been messing with cars since I was 14, actually bought my first car, a '40 Chevy thre

Last month, for the first time in my life, I bought a car that wasn't for hauling my butt and my work gear around, a 1948 DeSoto Custom Coupe.    I've always been a car nut. I'm almost 50, a 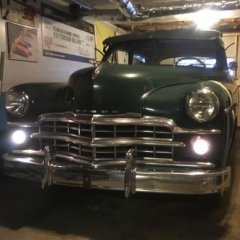 Well, there are a few reasons why I ended up with a 1949 Dodge Wayfarer two-door sedan. We'll start at the beginning. I was probably 12-13 years old walking through an antique store in southern D