I thought for  George's 89th Birthday I would let you folks in on a small sliver of his past.   A story I am sure many of you have heard and one I have heard from both George and his Uncle Harry Hein's, the Legendary Stock car driver of Car #90.  Interesting,  my Dad, Eddy Kingsbury who was born less than a handful of days from George's birthday, had long before ever meeting George, heard about an old Desoto Roadster with a Chrysler 6  beating a Hemi Powered  Drag Car at the Flying Mile.   Yes, it is often a very small world!

In any case, lets start... Once Upon a Time, It was  Saturday February 6 1932 and the Toronto Maple Leafs would beat the New York Rangers that night.  It would be preview of the Stanley Cup final where the Leafs would beat the Rangers to win the Stanley Cup.   Also on that day, Walter Chrysler's personal 1932 Chrysler was finished, yes on Saturday and it would be delivered to him on Monday February 8th 1932.

The other important story of the day, came from Pittsburgh Pennsylvania where  George Asche's son and future Flathead Chrysler Legend was born. That of course became his name sake, and known to us today as  George Asche Jr.   Yes a lot of really cool things happened on February 6th 1932!

George Jr would grow up working on Mopar's from an early age and when he was 18 he purchased his 1929 Desoto Roadster which he still owns today. Like George  the Roadster has had an incredible life.  George would build a full race Chrysler 265, bored out 125 thou, the wildest cam of the day, and a 3 carb intake which had just been released by Eddy Edmunds. For the fun of it I will attach a picture of one of those intakes.    It would be 1954 that George and his Uncle, who was even then a Nascar Stock Car racing legend when to Florida for stock car racing.  When they were down there then when over to Daytona Beach, home of the Legendary Flying Mile Drag Race course.

They were hanging out watching the drag races  and arrived early where there was some testing and tuning taking place which included several guys  wanting "canon fader"  in the other lane as they were testing and tuning their cars for the evenings race.  George's uncle Harry Hein's was egging George on to try and get his race out there and before George knew it, Harry had arranged a race against one of the track stars who was driving a full blown drag car with a Chrysler 331 Hemi. While the dual 4 barrel wouldn't be seen until the 1955 Chrysler 300 the owner of the car clearly had connections as they were running two 4 barrel carbs.

George pulled the Desoto down on the beach and got in line beside paired beside the hemi. When their turn came, they rolled on to the track and started towards the starter.  The flying mile being on the beach, both cars drive up side by side and if the starter feels they are both close to even, he drops the flag and the race is on.  George got a little ahead of the hemi,, when he shifted into 2nd, but the hemi caught right up to him and when they got to the starter, he dropped the flag and the race was on.

George  didn't have the horsepower the Hemi did, but he did have lots of torque and a secret weapon which was a 1940 2nd gear and cluster, known as a "fast second"  along with his tranny being a Plymouth r10g1 3 speed with overdrive.   That combination gave George the edge right after the starter gave them the go,  George nailed the throttle and got a car length jump immediately. George took  the engine up to 5 grand and speed shifted it into 3rd.  The hemi was still a car length behind with the finish line coming up, but the Hemi was coming on  hard.  As the crossed the line the crowd was on their feet trying to see whose car cross the line 1st as it looked from the starting line to Harry that it was just too close to call.

That didn't last long, as the winner was declared as the 29 Desoto Roadster.   Then all of a sudden, everyone wanted to race George.  He had just knocked off the reining "King of the Hill"  and when he got back being a Gentleman he told the crowd that they started off fair and square, the Desoto got the jump on him and he just couldn't rein him in by the finish line.

That would be the 1st race of a very memorable evening of racing.  Racing where George would take on everything from Lincoln v10s to a Jaguar with a v12. From dragsters to  hot rod engines on  chassis with almost no body on the car.  Strictly Flying Mile race cars.       Harry told me the toughest race George had  was against the British Jaguar.  George got the jump at the starters flag by about a 1/2 a car. and the two cars looked like they were welded together has they went down the track. George said he saw the Jaguars lights lift several times and he could hear the engine screaming but neither he or the Jag gained an inch on each other.

At the end of the evening George remained undefeated with a top speed of 142 mph across the mile course.   George would be just 22 years old as the Champion "King of the Hill" for the Friday night Drag Races.

Now 67 years since George and his 1929 Desoto became part of the  history of the Legendary Flying Mile Drag Racing on Daytona Beach, George was just this week building another high performance Chrysler Flathead Engine.  He has also been busy rebuilding carb and creating linkage for  our last round of

Of course the Covid10 Pandemic  has put a damper on what normally would be a big birthday celebration.  Of course we certainly have February 6 2022 marked on the calendar, where God wiling,  we will be celebrating George's 90th Birthday. 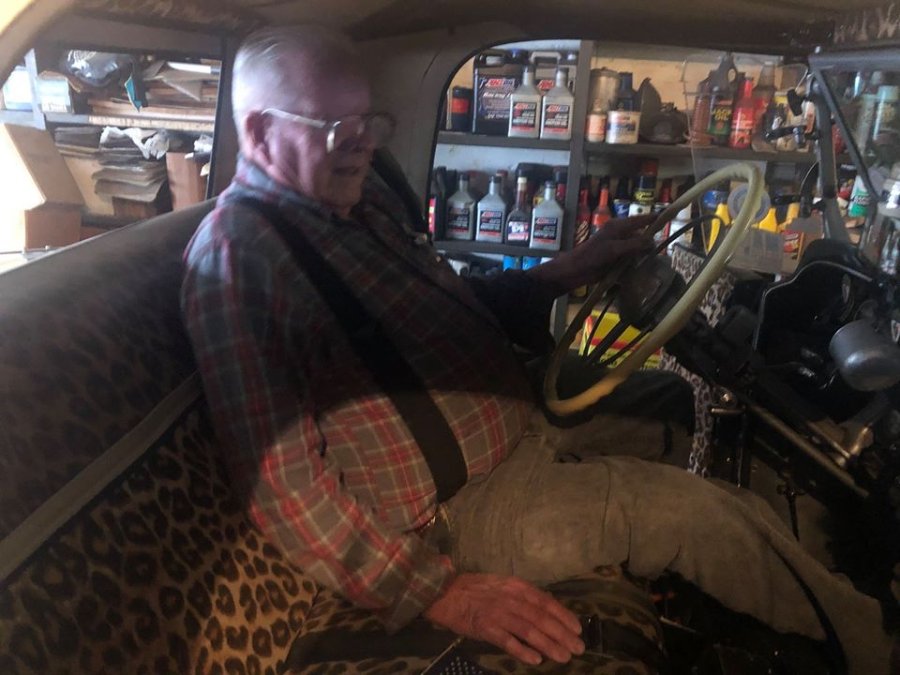 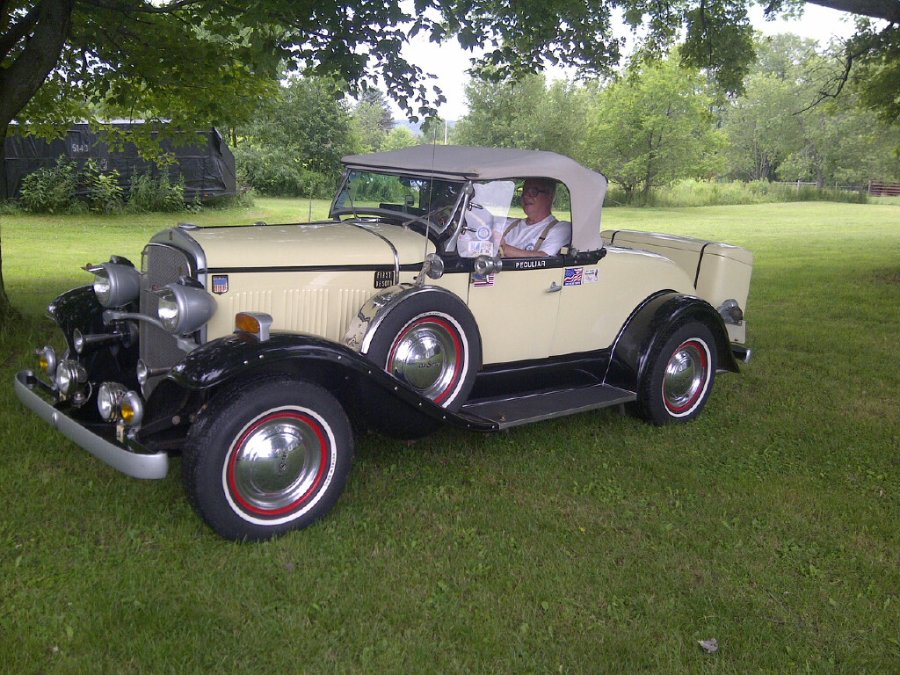 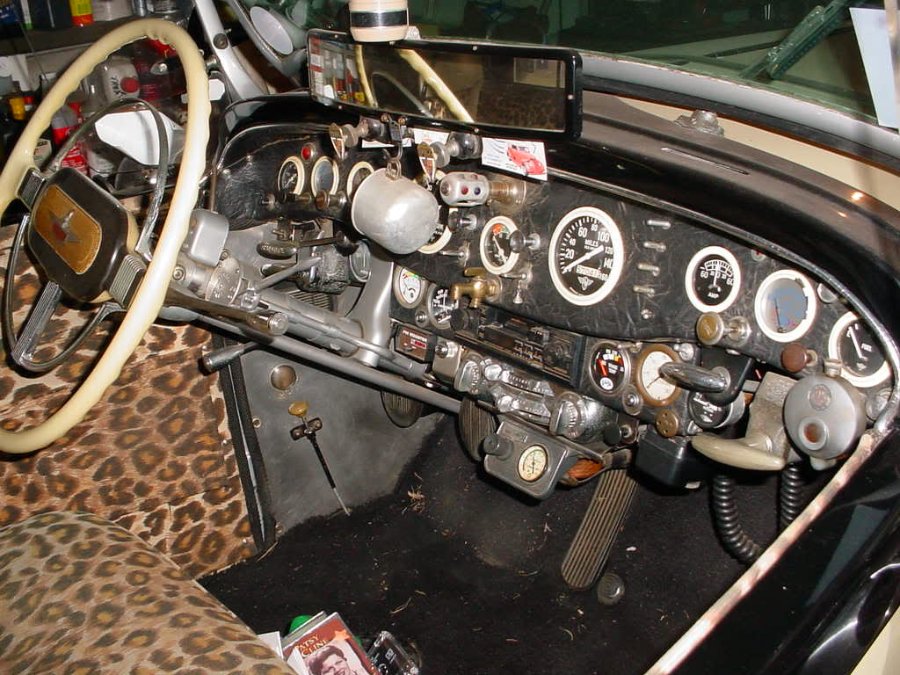 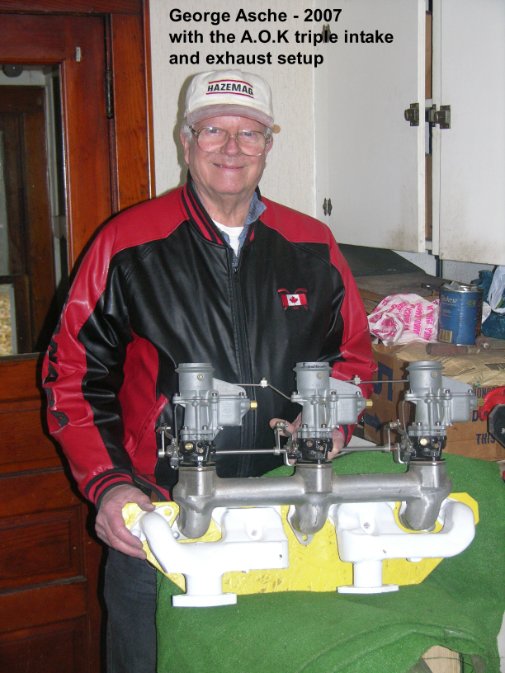 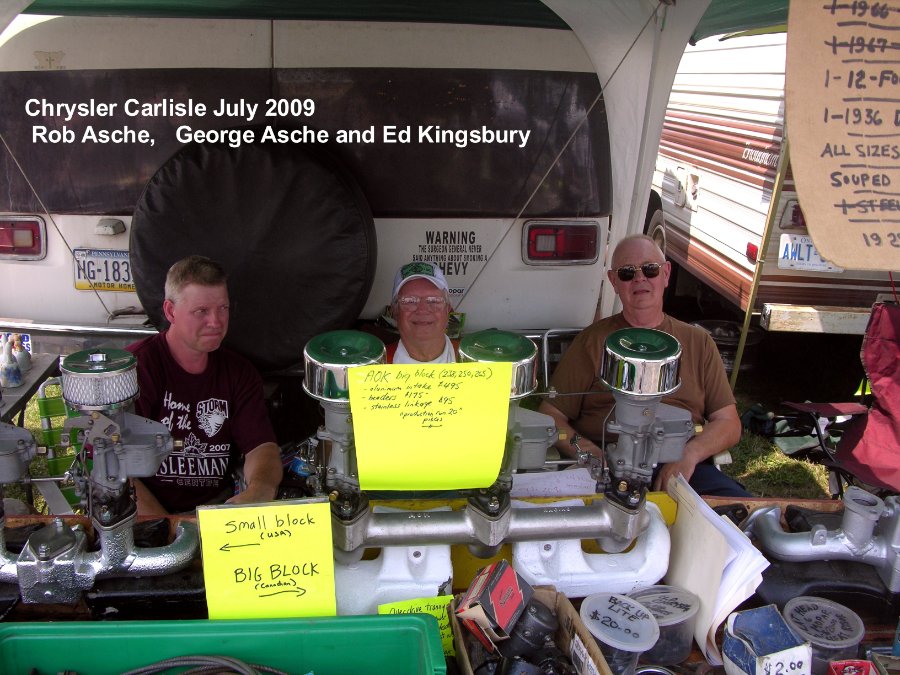 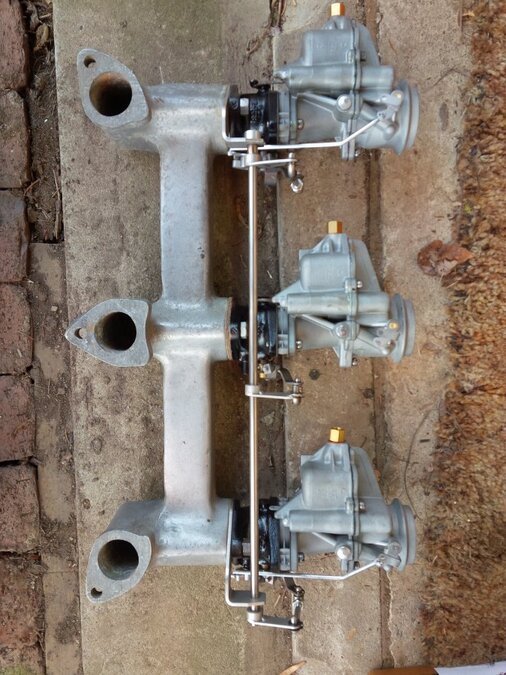